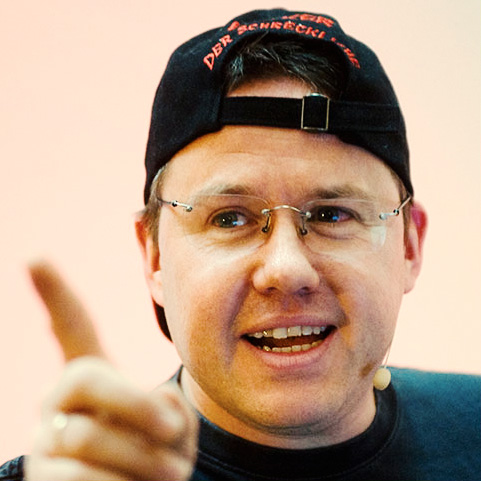 A well-known computer magazine once wrote, that Tobias Schroedel is the „first IT-Comedian“. And really, he explains technical vulnerabilities and correlations in a way, everybody can understand, while he doesn’t let the fun miss out.

As a qualified IT specialist, Tobias worked many years as a consultant for one of the biggest world-wide IT and telecommunications corporation – so he knows, what he is talking about. For three years now, he has been the face in the german TV show „stern TV“, whenever there is a technical topic. However, he is a well known expert for interviews even in other TV shows. Schroedel is author oft he book „Hacking for Executives“, which has been awarded the getabstract award 2011 as „best business book of the year“.

Tobias Schroedel has worked almost fourteen years for T-Systems International as a consultant for IT security. Before that, he had been responsible for the development of logistic solutions in the Enterprise Business Segment of United Parcel Service Europe. Besides his book, he has published many articles in journals, writes a weekly column in a German newspaper and is a blogger. Personally, Tobias deals with historical cryptanalysis and system vulnerabilities in everyday products for many years. He wants to raise awareness and have the audience start to think about their behaviour.

Schroedel is an expert on historical ciphers. He was the first to find a way to break short Vignère chiffres – a 450 year old cipher system. He collects crypto machines and old books on cryptology.