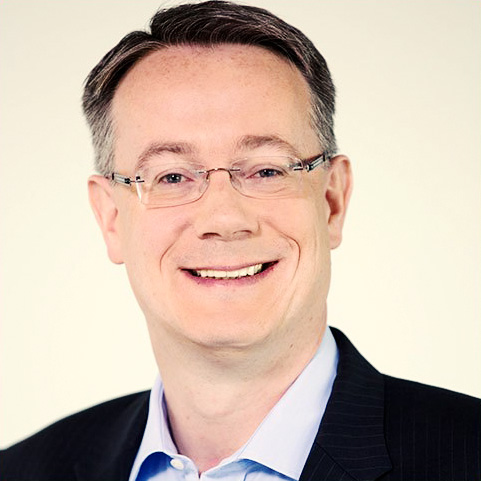 Peter Jaeger was born in Hamburg, Germany, and formed a career as information scientist and business economist. In 1999, he became the CTO and founder of “EINSTEINet“, the biggest start-up at the time. Between 2002 and 2007, he worked for IBM Germany, across different positions in the sales and consulting department. Between 2007 and 2012, Peter developed IT innovations as Director Presales Consulting and CTO at Hewlett-Packard Germany. In August 2012, he joined the Executive Board of Microsoft Germany as Senior Director Developer Experience and Evangelism (DX). He reports to the Area Vice President International of Microsoft Germany, Sabine Bendiek.

Where is the top hub for AI in Europe?

There is no specific AI hotspot in Europe. There are a variety of labs, research facilities and conferences that deal with AI, and this shows how much Artificial Intelligence raises awareness, not just among scientists, but increasingly also in companies.

One of the outstanding properties of the modern era is that we can work and cooperate from anywhere to achieve, test and implement AI advancements.

However, we are about to transform Munich into a center for AI (and IoT): After Redmond, USA and Shenzhen, China we will shortly establish a third IoT & AI Insider Lab here. With the laboratory, we offer business customers from Europe, the Middle East and Asia (EMEA) a productive environment to efficiently drive IoT and AI projects. Through the Labs, customers of all industries and all sizes have free access to Microsoft’s cloud platform Azure, the IoT and AI services, industry hardware and the comprehensive expertise from Microsoft developers, engineers, and data specialists.

Is the European ecosystem ready to power this deep tech revolution?

The IDC MaturityScape Benchmark Assessment Companies between Tradition and Change – Digital Transformation in Germany on behalf of Microsoft shows that most companies in Germany have begun to invest in digital technologies, adapt their processes or develop new business models. However, the results also show that the companies currently tend to overestimate their degree of maturity, and they have to act now in order not to lag behind. So yes, they are ready in mind and now have to take action today!

Why is speed the blood of artificial intelligence?

„Speed is a key success factor in the digital world“, is stated in the IDC white paper. This becomes all the more important because the companies leading the way of digitalization are already starting to hurry away from the field. With technologies such as Artificial Intelligence, Mixed Reality, and the Internet of Things, we can face the biggest challenges of our time, but companies need to release the brake and accelerate now, in order to exploit this potential and to keep up with the leading organizations.

Why we should not fear artificial intelligence?

Artificial Intelligence will bring massive changes to the way we work or how we produce and market things. Many activities, especially simple, repetitive activities, will cease, and many new jobs will arise. This was the case with every industrial revolution, and this will continue to be the case in the future. But we are developing AI on the principle that we will not abolish human abilities, but will complement them. In addition to developing the technical basis for Artificial Intelligence, we also need a discussion about their design.

What is the most important technology change you have seen?

Today we live in revolutionary times, for which we have created the requirements over the past 25 years: We have developed technologies for the networking not only of computers, but of everyday objects. With wireless communications and the cloud, machines are omnipresent and universally available. And we have put the vision of AI to practical use. The most important technological changes are happening now and in our immediate future – and we are one of the drivers of this development. There is nothing that is more exciting!