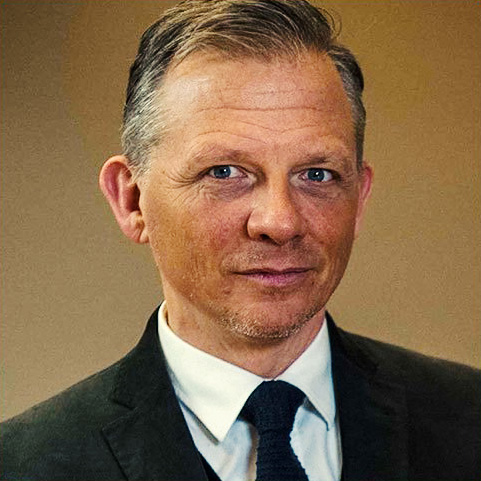 “Deals across the Rhine” at GrowthCon17

Matthias Kröner was appointed as spokesman of the Fidor Bank AG board in January 2009. At this point in time he had already been a member of the executive board of the AG co-founded by him in 2003 as Kölsch, Kröner & Co. for just under six years. In his role he is responsible for the Investor Relations/PR, Sales/Marketing, Strategy Development, Customer Service, Community and Asset/Liability Management departments.

Born in 1965, Matthias Kröner studied Business Administration in Munich and New York after his hotel apprenticeship. A job as Assistant to the Management at Maffei Bank followed employment at DAB Bank from 1993. He was involved in developing the first continental European online broker over slightly less than ten years, became the youngest bank CEO at the age of 32 in 1997 and finally spokesman for DAB Bank.

“Digitization is not an end in itself”

Digitization is the word of the day right now in the banking industry. But where is the trend leading and where are there weak points?These questions and more were answered in this interview by Matthias Kröner, CEO of Fidor Bank – which has dedicated itself to the concept of
Web 2.0 in the financial services context.

Mr Kröner, the fintech industry has really blossomed in the past years. Where is Germany in comparison to other countries?

Kröner: I think the developments in fintech and its stakeholders are positive in general, but I do have some mixed feelings about it. It’s positive that something is finally happening. We’re seeing a large number of companies being founded by enthusiastic entrepreneurs with some really interesting ideas. This has given the market new momentum and made financial services attractive. Who would have thought that would happen, if you consider the financial services industry’s image after the crisis. All of this has spurred a number of banks into action, others are at least thinking about the current developments. The rest will take the mix of the current interest rate situation and cost pressure from the market.

Are there also critical aspects to shed light on?

I think it’s critical that in some cases there is still only limited understanding of regulation. That’s true for business people as well as investors. Some funds representatives don’t know the difference between a bank’s deposits and its equity. This combination of “pressure to invest” and “regulative naivety” is particularly dangerous. Our political environment also worries me. There’s no hint of the dynamic of our digital development or any compelling idea or even strategy that would benefit our location to be seen in Berlin or in Munich. The so-called “digital agenda” is a bad joke; deciding developments are simply missed. The dominant role of the internet giants is so cemented, making medium-sized digital companies impossible. It’s tragic, really, because this is quite likely to be an irreversible development. We will likely end up paying the price for it – and a hefty one – down the road.

What worries you the most?

One point worries me especially: There are some players in our fintech industry who think that sales figures are less important and that money from investors will replace having a sustainable business model. This will not necessarily be met with success. Any failure will then be attributed to the entire industry and be used by doubters as the proof they need.

Where is there definitely a lot of catching up to be done in terms of the development of technologies?

Different market players with differing viewpoints will certainly see this differently. But there’s one thing we can probably agree on: There isn’t a societal consensus on how to utilise technology. Unfortunately, we Germans tend to see things in black and white in terms of technology acceptance. Using technology that is also user-friendly in a critical but constructive way seems nearly impossible. As soon as technology is installed in something other than cars, we see its risks above all else. The discussion is, however, based on superficial knowledge. Here’s an example: A lot of people think that an affiliated bank cannot fall victim to DDoS attacks (Distributed Denial-of-Service – targeted cyberattacks). Others think that an affiliated bank is superior in terms of data security. Both beliefs are incorrect, but they highlight the lack of understanding.

Which trends are you seeing in your industry, the financial sector, specifically?

If you take a look at the current “pain points” in the industry, then you can quickly see what the future trends will be. Regulatory requirements are increasing. Innovative solutions could help the companies in the financial sector not only to fulfil these increasing requirements but also to reduce costs and increase customer benefit at the same time. There’s certainly a reason the “RegTech” industry is developing. Gaining customers is a very costly business for most. Anything that can help with that is welcomed. But that’s not the only thing that’s relevant. A lot of banks have a cost problem in handling their existing customers. This is fatal in times of shrinking returns. Digital solutions can also offer a way out here, whether they’re focused on the customer or transaction. And, last but not least: Creating new marketplaces and thus making new behaviour patterns possible will always be an issue, as it has been in the past.

What can “outdated” traditional banks learn from the young fintechs?

Digitalisation is not an end in itself. Fintech companies have understood that a new customer benefit can be created through digitalisation. For the first time, there is an understanding that a technology that is offered can be used to create a USP. That was not the case in a world where technology was only driven by efficiency goals. The fact that now it even looks better and is easier might not bear all that much weight in this consideration, but that doesn’t make it any less important. Digitalisation is highspeed. That affects technological structures as well as how quickly decisions are made and – very
important – the corporate culture. This is ultimately where the wheat is separated from the chaff very quickly.

It seems like fintech start-ups are cropping up one after the other. Will all of these growth companies be able to survive?

All that money from investors is creating an “unnatural” excess of supply. Lots of bets are being placed here. We’ll see which horses make it across the finish line. No one believes that all of them will. Some approaches really make you wonder, though, why someone felt the need to found a company on that.

Proactively speaking: Will we see the death of the classical bank in the near future?

Depending on how you define a “classical bank”, that has already happened. And it was a voluntary process. Aside from that, I am sure that the speed at which things change will increase rather than decrease. Now the question is how to handle that. At the end of the day, the old Schumpeter philosophy of creative destruction comes into play: If you don’t destroy your business yourself, someone else will do it. In keeping with this, some regions of the world believe that digitalisation will mean the end of up to 20% of jobs in banking. In those areas, the local regulatory agency is working with universities to create new workers versed in the digital world for the banks of the future.

What does banking of the future look like? In 20 years, will there even still be (analog) bank branches, and how do you see the customer-bank relationship in the mid-term future? Which visions are you pursuing there?

Pure bank branch offices as those of us from the older generation still know them won’t exist anymore. Regardless of whether they are digital or physical, the concepts will become more and more interwoven with the customer’s lives. They will have to if they want to survive. The house bank for day-to-day banking of the future has the opportunity – or the necessity, depending on how you see it – to become completely invisible. The more integrated, the more invisible, the more successful.

Thank you, Mr Kröner, for this fascinating conversation!
The interview was conducted by Svenja Liebig for >> goingpublic.de