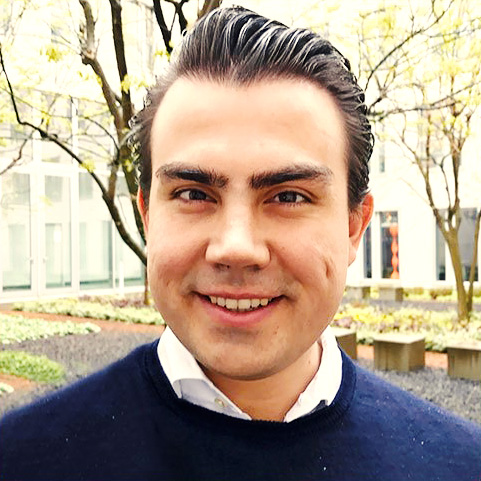 Hanns-Bertin Aderhold is founder and managing director of Cobrainer. Growing up on the US east coast, Nanjing (PRC), and in the German Rhein-Ruhr Region he studied Architectural Engineering at Technische Universität München. Hanns later joined 3M’s corporate venturing Unit 3M New Ventures working in the investment fields energy, materials, and software. He founded Cobrainer in 2013, which turned profitable in 2016 and raised a seven-digit investment in early 2017.

The Cobrainer team is building a software system for intelligently tracking, managing, and allocating people’s expertise which is enabling various large and mid-size companies transition to a networked and project-based working mode. Cobrainer is significantly advancing machine-learning-based text processing, concept recognition, classification, and linking and is growing one of Germany’s strongest ML engineering teams.

Where is the top hub for AI in Europe?
Munich, Zurich, London

Is the European ecosystem ready to power this deep tech revolution?
Academically, yes. But a more concerted effort like the manhattan project or OpenAI would be desirable.

What is the most important technology change you have seen?
The availability of vast private and public participation in data annotation such as the online alpha go tournaments, re-captcha, google translate correction, Comma Coloring, mechanical turk and many more.