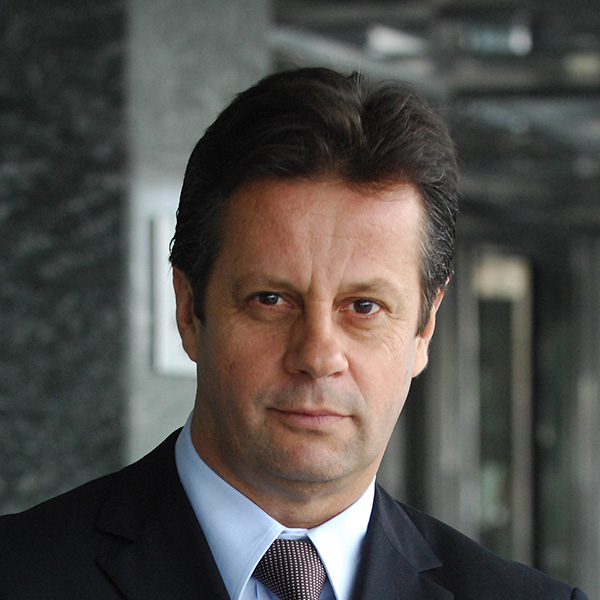 Carlos Creus Moreira is the Founder Chairman CEO of WISeKey.

Under Carlos’ leadership, WISekey’s mission has been to continually advance and improve Internet Trust, Cybersecurity and Internet of things, and to make it easier and more secure for people to use the Internet. The company is committed to a long-term view, reflected in its industry-leading M&A, investment in research and development each year.

Carlos served before founding WISeKey as United Nations Expert on CyberSecurity and Trust Models. He served during 17 years as UN Expert for many leading organizations of the United Nations System including ILO, UN, UNCTAD, ITC/WTO, World Bank, UNDP, ESCAP (83-99). He is recognized worldwide as an Internet Pioneer and has an unique profile, which combines extensive high level international diplomacy experience and emerging technologies expertise, has positioned him as a distinctive authority, thought leader, and entrepreneurial force in today’s digital world where the acquisition and trusted protection of Identity, Trust and Security has become an essential step for citizens and entities across the globe.

Carlos left the United Nations in 1998 to found and devote his energies to WISeKey, a company he had begun in 1999. Guided by a belief that the Internet needs to be safe and universal and a tool for prosperity, he began developing technologies to protect the Internet. Carlos’ foresight and his vision for personal computing have been central to the success of WISeKey.

He has received many international awards for his commitment to secure the Internet such as the selection as one of the World Economic Forum, Trailblazers, Shapers and Innovators https://lnkd.in/eAPb3_9, Member of Blockchain Advisory Board of the Government of Mexico. Nominated by Bilan.CH among the 300 most influential persons in Switzerland 2011 and 2013, top 100 of Who’s Who of the Net Economy, Most Exciting EU Company at Microsoft MERID 2005, Man of the Year AGEFI 2007, Selected by Bilanz among the 100 most important 2016 digital heads in Switzerland 17. Award Holder CGI. Member of the New York Forum and Digital Shaper of DigitalSwitzerland.

He is also very focus and active in disruptive DeepTech crypto technologies, AI, Blockchain/ Crypto Currencies, IoT and Cybersecurity . He is also very much involved in financial actives related to M&A , Fundraising, IPOs , Listed companies and was awarded the M&A Award 2017 Best EU acquisition for his acquisition of VaultIC semiconductors company in 2016. He listed WISeKey on the Swiss Stock Exchange in 2016.